Have you heard the term – “His and Hers Shower Heads”? The term is used when two shower heads are working simultaneously and side-by-side. You can have your own his & hers shower heads in your washroom if you know how to add a second shower head in your bathroom.

Adding a second showerhead to your shower makes you feel like having a spa in your bathroom. Both of the shower heads can work independently or they can be operated with a single valve.

However, in this article, I will tell you how to add a second showerhead to your existing shower in the easiest way. I will also answer some common questions about two-headed showers.

The Easiest Way To Add A Second Shower Head: Do It In Just 9 Steps

There are more than one ways to add a second shower head to your shower. But I will tell you about the easiest one. So, follow these steps meticulously to have his and her shower heads in your bathroom:

Step 1: Gather All The Elements

Installing a second showerhead does not need a lot of items. You may find most of them in your storeroom. But you must make sure that all of these elements are within your reach, before starting the job:

Step 2: Turn Off The Water Supply

First of all, you have to put off the water flow. After turning off the water supply, let the existing showerhead run for a couple of minutes. It will ensure that the water pressure is null.

Now you have to decide where you want to have the new shower head to be installed. Some like the second showerhead pointing across the first showerhead.

I would suggest that you install the second showerhead parallel to the existing showerhead with a little angular position. This position widens the shower area dramatically.

Using the pipe wrench, get the existing showerhead removed from the pipe. Clean it and keep it separately for future use. This is a part of the preparation to establish a new connection to the supply line.

Cut the line from the control valve right at the point that you have just marked.

Step 7: Make Place For the Showerheads

Now put the tee fitting on the waterline, where you had cut it a while earlier. On both sides of the t-fitting connect two 1½-inch pipes.

Now, assemble two other 90-degree elbows at the open ends of the 7-inches pipes and again attach two 1½-inch pipes with the second set of elbows.

You may now connect both the previous and present showerheads at the top of the two 1½-inch pipes, which are now aligned parallelly.

Make sure to dry-fit the showerheads. It will make sure that they are fitted in the holes perfectly.

You have to disassemble the supply pipes and prepare them to be connected with the connectors of the showerheads. If the pipe is made of PVC, you have to prime them properly. Copper pipes need to be soldered to be prepared.

Now permanently attach the pipes with the showerhead connectors. For PVC pipes, you have to use PVC glue and for copper pipes, you will need to solder them.

Now your shower head stems need to be attached with the hardware that will make the water sprinkle. While attaching them with the showerhead stem, you should use Teflon tape to make them water-tight.

After joining the shower heads with the shower stem, make them inseparable with screws. Now your his and hers shower is ready to be used.

Here are 4 tips from me that I think will benefit you while adding a second shower head to your shower:

Before adding a second shower head, you must be sure that the overall water pressure of your water distribution is compatible with a double-head shower.

On average, a single showerhead uses 5 gallons of water per minute. That means, if you want to use a double-headed shower, the water pressure at the faucet of the shower should be 10 gallons per minute.

If the pressure of your water supply does not meet the requirement of a double-headed shower, you will only get two shower heads with less water pressure. That means no fun at all!

Tips 2: The Size Of Your Water Pipes

Water pressure depends on the width of the pipes that carry the water. In many cases, the force of the water is very high at the entry point of a house. But the water loses pressure every time it is divided into pipes with smaller widths.

Before installing the second showerhead in your bathroom, make sure that the connected water pipe is wide enough to maintain the higher pressure of water for two showerheads.

While buying the new shower head, you might be tempted to buy the showerhead with higher water pressure. But that will be foolish.

Because using a high-pressure showerhead will only hurt you in the shower with all the water force. The shower water will be much more gentle on you if the showerhead has low water pressure.

Like the rain, the shower water will fall over you gently, if the shower pressure is low and the shower holes are tighter.

Can You Add A Second Shower Head All By Yourself?

Installing a second shower head in the bathroom can be easy and tough at the same time. The critical part of the whole process is making holes in the shower wall for the second shower.

If you miscalculate the position for making the whole or if you damage the wall while drilling the hole, you might regret your decision to install a second showerhead by yourself.

Another critical part of the process is to calculate the water pressure at the entry point and the shower faucet. If you hire a professional, he can easily tell you whether you need to reinstall the water pipes to install a second showerhead.

In a dual shower system, both of the shower heads use one water valve. On the other hand, second showerheads are installed with a separate water valve.

How Much Does It Cost To Add A Second Shower Head?

Usually, you may have to spend from $75 to $150 to add a second showerhead. The exact amount needed depends on the quality of the elements that you decide to use in the installation process.

The cost also depends on whether you are using PVC pipes or copper pipes for the installation. Using PVC pipes will lower the cost to install a second showerhead.

It doesn’t matter if you are planning to use the two-headed shower all by yourself or with someone else. The fun of taking a shower will increase after you add a second shower head in your bathroom.

It is not a bad practice to pay attention to your shower. Because a good shower prevents illness for your body and ensures calmness for your mind. 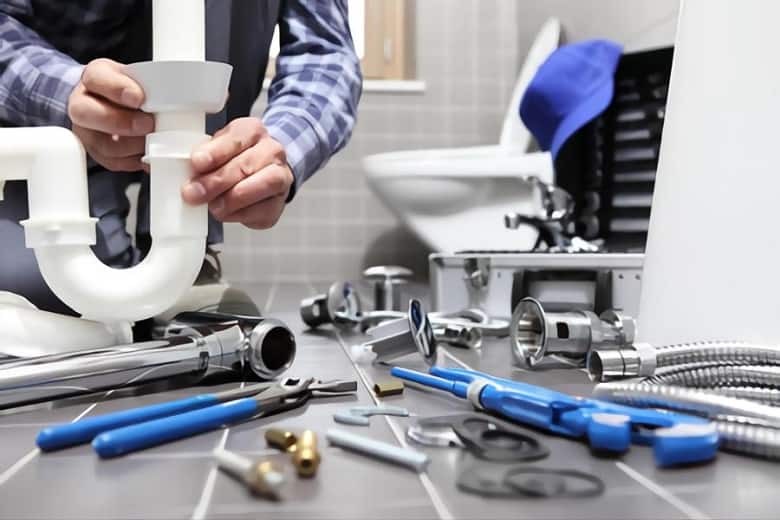